Be A Winner With Real Money Keno Games 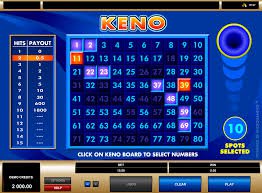 If you are looking for an online game that you can play that doesn't have a list of rules as long as you're arm then you're going to love real money Keno games that MissClams Casino has to offer.

Most people just play a game without considering its origins and sometimes it's roots are quite fascinating.

A lot of the old style games have been developed purely for fun, pleasure, entertainment or for passing the time away purposes, ah, not so with Keno.

Believe it or not this game was originally created three thousand years ago by Chinese ruler Cheung Leung who oversaw the Han Dynasty. That alone makes it one of the oldest games in living memory. Cheung Leung was having a problem raising taxes. Like any good ruler he liked to line his purse with the commoner's money, after all when you are doing such a grand job that holds such responsibility you deserve to be well paid. 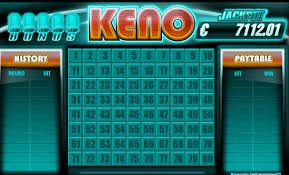 This opinion was not one held by the people unfortunately and in fear of a riot over his proposed tax increases, he went back to the drawing board, and after putting on his creative hat, came out with a cunning plan. Let's create a game for the people where they can gamble their hard earned at the same time as keeping him in the lifestyle he had grown accustomed to. What a brainwave, enter the original game of Keno!

These days real money Keno games can be played online by looking for no deposit bonuses on keno games. You just select 1-20 numbers, from 1 to 80, and try to match up your numbers with the computers randomly generated winning numbers.

The chances of you winning are far greater than the lottery, since you are not competing with an entire nation of lottery players plus you don't have to wait for the Saturday draw to find out if you're a winner, sweet! Now that's what I call a real good easy game, see if you don't agree.